Giant pine scale (Marchalina hellenica) is a scale insect that sucks the sap of pine trees. If established, the insect poses a threat to Australia’s softwood plantation industry and urban forest species, by causing:

Giant pine scale has been previously detected in Victoria and metropolitan Adelaide.

This discussion will highlight the approaches to identifying Giant Pine Scale and examine the process for establishing an eradication program or to simply embark on a control program. 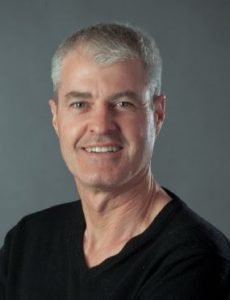 PIRSA is a key economic development agency in the Government of South Australia, with responsibility for the prosperity of the state’s primary industries and regions.   David has worked across PIRSA to support farm strategic business planning, facilitation and training and more recently in a compliance role.

David currently coordinates the surveillance to maintain market access and responses to exotic plant pest and disease outbreaks in SA.

David managed the Giant Pine Scale outbreak in SA in 2014 and worked with key stakeholders to ensure GPS does not establish in SA. Andrew is a passionate arborist currently City Arborist at Tea Tree Gully Council in South Australia and has a long history growing and managing trees in urban spaces.

Starting in the industry at the age of 15, he trained as a nurseryman in the late 1960’s. After a period spent with the Greater London Council, he returned to Australia undertaking a succession of Arboricultural roles in Local Government and the private sector.