As we celebrate twenty years since the origin of TREENET, it is perhaps worth recalling that it grew from a clash of urban trees and constructed infrastructure and the different perspectives of professions – engineering and horticulture – that managed urban trees. It is timely to take stock of where we stand on such matters today.

Because of its origins, TREENET has a long tradition of embracing other professions such as engineers, soil scientists, plant pathologists, planners, architects and medical practitioners.

This multidisciplinary approach has informed our conference papers on climate change, water sensitive urban design tree health and the comprehensive human health benefits that the urban forest provides.  The annual symposium has been rich in both diversity and data that have underpinned our approach of data led decision making and practice.

However, Australian cities are continuing to lose rather than gain canopy cover.  We have to ask, “How valued are our urban forests?” and we need to reassert the importance of the role of the urban forest on both private and public open space.  Urban trees are, and will continue to be, essential parts of city infrastructure – in many ways the sustainability and liveability of our cities depends on them.  We have both a responsibility and a duty to ensure a legacy of treed cities for future generations.  No one else will do it, it really is up to us!

Greg Moore was Principal of Burnley College of the Institute of Land Food Resources at Melbourne University from 1988 to 2007.   Prior to this he was a Senior Lecturer and Lecturer in Plant Science and Arboriculture at Burnley from 1979.  He was Head of the School of Resource Management at the University from 2002 to 2007.

Apart from a general interest in horticultural plant science, revegetation and ecology, Greg has a specific interest in all aspects of arboriculture.  He has contributed to the development of Australian Standards in pruning and amenity tree evaluation and continues to be a major speaker at conferences worldwide and in Australia.

He was the inaugural president of the International Society of Arboriculture, Australian Chapter.  He is a much sought after guest for talk-back radio and regularly invited to contribute comment for television and print media.

He has been a member of the National Trust of Victoria’s Register of Significant Trees Committee from 1988, chairing the committee since 1996.   He has chaired TREENET since 2005.
Greg continues to supervise post-graduate students and pursues an active research profile in any matters that relate to trees in the urban environment and revegetation. 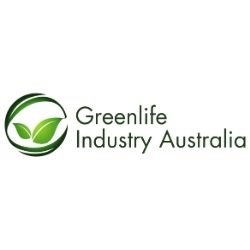