The Avenue of Honour a neglected Australian Story

In Victoria there remain whole or remnants of over two hundred Avenues of Honour to the First World War, The Great War. South Australia was the cradle of these avenues and that state has some fifty avenues many being planted as early as 1915.
Similar statistics may be drawn throughout Australia although no avenues were attempted in the Northern Territory. In this paper I will briefly examine these undervalued and often misunderstood linear forests and their significance, not only to Australia but in promoting an Australian memorial type that spread transnationally.

These memorial avenues proclaim Australia’s example to the world and are still being created for today’s heroes. The Ballarat Avenue of Honour, listed on Victoria’s Heritage Register, has a wider significance that the Register citation indicates. In this paper I make a comparative analysis between this avenue and others throughout Australia, North America and in Britain with special reference to the links between them. I have researched contemporary newspaper sources and council minutes with the context of current literature into the social geography turn and the cultural landscape, in mind.

While government aimed to control spending by curtailing waste on memorials, one Victorian town wrote to the City of Ballarat in 1917 thanking that council for starting a form of memorial that was being, “adopted throughout the country.” The avenues were demonstrably a national form of war memorial. This national memorial type to honour the heroes of local communities is a cultural landscape unique for the time.

In a brief historical overview of my seven key research questions I will address at least three: Michael holds Honours and Master’s degrees from University of Melbourne and is currently an Associate of the School of Arts and Education at Federation University Ballarat.

Michael taught in the Horticulture School at Ballarat’s School of Mines, now incorporated into Federation University. His major area of research has been into Australia’s avenues of honour to the Great War and their transnational influences.

Michael was historical consultant with Oculus Landscape Architecture & Urban Design on the restoration of the Ballarat Avenue of Honour in 2014-15, a project that resulted in international and national landscape architectural awards.

He has presented at national and international conferences and conducted workshops on the avenues in terms of linear forests and beautification as well as their role and significance as war memorials.
With four books to his credit Michael is currently working on another on this topic. 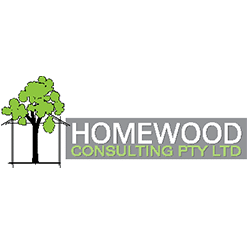