WILDFIRE, TREE MANAGEMENT AND THE ARBORIST – 2 The Role of the Arborist

WILDFIRE TREE, MANAGEMENT AND THE ARBORIST

2 The Role of Arborists after Wildfire

With changing weather patterns resulting in more extreme fire weather danger days, more intense fires and fires occurring in urban and peri-urban areas of cities that have never experience fire before, it is not surprising that there has been a significant backlash against native vegetation growing along roadsides and near homes in rural towns and peri-urban parts of cities. There have been estimates that in the wake of the 2009 Black Saturday fires in Victoria, Australia over a million trees were felled in gardens, along roadsides and in native forest surrounding towns and suburbs over a three month period. The felling has continued at a lesser pace since.

In the days immediately after a large wildfire there is a massive mopping up exercise to remove damaged infrastructure, unsafe buildings and fallen and damaged trees. This cleaning up exercise is usually conducted by emergency services officers who have very little arboricultural knowledge, but who are often proficient with chainsaws. Importantly, the clean-up is conducted at the expense of the State as no charge is made to individual land owners for any work done as part of the mopping up, including work done on pruning or removing trees.

It is vital that arborists are capable of making decisions about which trees have survived a wildfire and which have not. They must make these decisions quickly and efficiently within a few days of a fire, and the consequences of their advice will have a profound impact on the post-fire landscape, the safety of vegetation left standing and on the cost to individual land owners. Decisions concerning which trees have survived and which have been killed by the fire must be accurate and based on sound arboricultural criteria, which can be communicated to other professionals involved in landscape and vegetation management

THE ROLE OF THE ARBORIST POST-FIRE

After previous Australian fires, qualified arborists were rarely involved in the large scale assessment of trees left standing after wildfires (Moore 1995). Those that were called upon were normally hired by private landowners to assess the condition and recovery prospects of trees on their land only. As a consequence arborists used to jokingly and frustratedly refer to a rough rule of thirds that seemed to apply to the assessment of fire damaged trees:

This general rule suggested that many of the decisions made after fires concerning trees were little more than guesses with a two in three chance of getting things right. Arborists trained in assessing tree condition after fire could improve the accuracy of these assessments to above 90% (Moore 2010). Furthermore, the outcomes of these decisions can have a profound effect on subsequent fire recovery. A dead tree left standing may cost thousands of dollars to remove after the mopping up period, and trees that add great value to streets, gardens and landscapes and which have significant environmental value are removed in error.

Interestingly, after more recent fires in 2005 and 2006, and particularly after the Black Saturday fires of 2009 large numbers of arborists were involved in assessing tree condition after the fire. Many were employed by State and local governments in the post fire mopping up operations to assess trees left standing along roadsides and in public open spaces. This represented a significant change to decades of post fire tree management, and is a development that is to be applauded.

The assessment of tree condition after fire can be difficult, but a number of simple criteria can be used to assess plant condition (Table 1). In trees it is important to determine whether the cambium has been damaged by fire (Figure 1). This can be done on young tissue simply by pealing back the bark and looking for the bright green or light to pale brown cambial layer depending on species.
Dark brown layers normally indicate that the plant is dead or dying. Another symptom worth looking for is the lifting of the bark from the cambium or the development of substantial cracks in the bark which indicate that the cambium has “stewed” in the heat and that bark and wood have separated (Figure 2).

In older parts of the plant, especially for thick barked species, it might be necessary to tap the bark to see if it has lifted from the cambium (Figure 3) or to remove a small section of the bark to allow cambial inspection (Figure 4). If the cambium is dead, that part of the plant or the whole tree needs to be removed. The existence of a halo (or gap) between the trunk and the soil is often indicative of ringbarking (Figure 5). In many tree species there is an accumulation of old bark (retained bark) around the base of the tree which cannot be shed as it is held in position by the soil. This trapped bark dries and burns fiercely in a fire, ringbarking the tree and killing it. However, it is worth checking to ensure that all of the retained bark has burnt and not just the outermost layers because the retained bark can also act as an insulator against the fire’s heat. 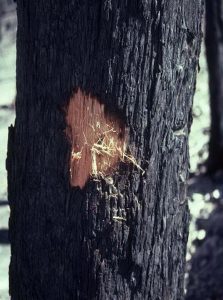 Figure 1. This tree has thick fibrous insulating bark.
The specimen has been singed, but the dormant epicormic buds
just under the bark are undamaged and the tree will recover rapidly.

In assessing tree condition after fire, a diagnostic accuracy in excess of 95% is achievable with species that are common and where there is a history of management post-fire (Moore 2010). After the 2009 fires, several hundred specimens of native pine, Callitris preisii, were assessed on a golf course. There was little information on post-fire recovery for the species and so the criteria listed in Table 1 were used to determine whether trees were dead or alive. The presence of a whitish resin at the base of the trunk proved to be a good indicator of death or survival.

Figure 2. The bark of this mature southern conifer, Agath is robusta,
is thin and during the fire the cambium has literally boiled.
The bark is then shed in large sheets within days.

Figure 3. The bark of this tree has lifted and cracked after the fire
due to the “stewing” and subsequent death of the cambium. 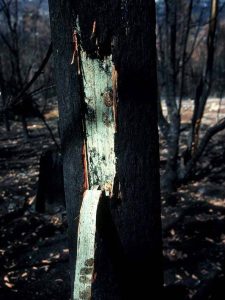 Figure 4. While the bark on this tree appeared sound, tapping the trunk made a hollow sound
indicating that the bark had separated from the wood due to the death of the cambium.
Cutting an inspection hole in the bark not only confirmed the diagnosis,
but also revealed rapid colonization of the plant tissues
by fungal species such as this greenish Penicillium species. 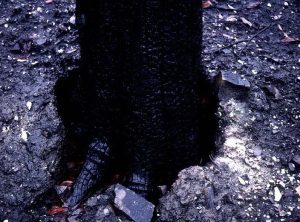 Figure 5. The presence of a “halo” or gap around the base of the trunk between the soil
indicates that the retained bark has burnt fiercely and the tree has been completely ringbarked.

A similar pattern of symptoms is seen in many fire affected specimens of Pinus radiata where the resin oozes between the plates of bark. With this species the needles and branching structure often appear to be relatively unaffected by fire which can lead to a false optimism of the chances of survival.

However eight to twelve weeks after the fire the needles are often shed and the canopy begins to collapse. For P.radiata and many pine species, the extent of resin deposit around the base of the trunk is a very good indicator of likely survival.

For tree ferns, the soft and usually moist fiddleheads in the crown are a sure sign that all is well and that recovery is imminent. Many tree species possess lignotubers or basal burls; some species of elms possess epicormic buds; many species of shrubs and trees have thick bark; sclerophyllous leaves are possessed by many trees; and many species possess woody, fire resistant fruits (Gill and Groves 1981, Moore 2009). In evaluating the chances of survival of these species, it is worth considering these adaptations and the likelihood of their survival.  Making a correct diagnosis of plant condition after fire can save a great deal of money, time and effort in restoring landscapes.

Arborists can use criteria based on a sound understanding of tree anatomy, morphology and physiology to accurately and efficiently diagnose which trees have survived and which have been killed by wildfire. The use of criteria can provide a rationale for decision making that can be communicated to the general public and other professionals involved in fire management. This may reduce the risks of a post-fire knee-jerk reaction against trees and diminish the fears, founded on ignorance, that people have after a fire which leads to the unnecessary felling of healthy trees. It also provides a rationale for explaining to a property owner that their much loved tree has been killed and needs to be felled.

With appropriate training and experience, arborists could reliably and consistently achieve accurate diagnosis rates in excess of 90% for trees affected by fire. Such an outcome would have very substantial economic, social, human health and environmental benefits for society. It is yet another situation where arborists have a significant role in contributing to urban tree management and the development of sustainable urban environments.