Lorraine Oldrey – Corporation of the City of Adelaide

The City of Adelaide was first surveyed in 1837 and the first City Council elected in 1840, however following a troubled start it was not until 1849 that the City Corporation was re-established

We do not know where or when the first street trees where planted in Adelaide, but early documentation would indicate that tree planting may have been experimented with from around 1870.

The City of Adelaide, which at its highest point is 54 metres above sea level, has 115 kilometres of roadway (excluding Park Land roads) of which approximately 50% are planted with street trees.

A recent street tree audit indicated that we have over:

Tree planting effected prior to 1940 included tree varieties such as:

These trees now predominantly exist in our wider east-west residential streets such as Archer Street and Gover Street in North Adelaide and Gilles Street and Halifax Street in Adelaide.  However Frome Road one of our best known avenues was planted in 1902 as an Arbour Day planting.

It is interesting to note that in the late 1800’s the City Gardener questioned the appropriateness of planting Platanus in Adelaide’s streets as it appeared to be intolerant of our weather conditions.  Yet today this tree has undoubtedly proven itself extremely tolerant of drought and pollutants whilst withstanding the abuse of trenching and severe pruning.

It was not until the 1970’s and 1980’s that a further major tree planting programme was undertaken when it was sought to complete the planting of all east-west streets along with the minor north south streets where footpath width and underground services permitted.

During this period trees planted included:

Whilst more recently we have planted:

Other trees to be found in our streets include but are not limited to:

Earlier this year Council undertook a street tree audit.  Data from this survey is currently being checked and evaluated and will be up loaded to our Asset Management System (Hansen) in the near future.

Data collected included tree location, species, observed tree maturity, tree condition, tree protection, tree base treatment, overhead wires,  if located within one metre of a cross over and if the tree had street lights, signage or banners within its canopy,  pruned to standard.  This information will be further supplemented by additional information relating to known planting dates, what trees were originally planted and any other known data.

The grading criteria used for the tree condition was:

A quick evaluation of the data to date indicates:

Street trees within Adelaide face an extremely tough time in addition to the usual issues:

Other issues facing Council are:

Another issue regularly brought to our attention is asthma, particularly with respect to tree pollen.  Whilst we acknowledge the health issues associated with this condition, there are many triggers within Adelaide that are known to be problematic with respect to pollen including Kikuyu (which is planted throughout our Park Lands and streets) and Acacia spp, Olea spp, Fraxinus spp, Betula spp Cupressus spp, Platanus spp, Pinus spp and downy mildew (regularly found on our Plane trees)

Given this wide range of possible triggers for both asthma and seasonal allergic reactions and the distance that pollens and spores can easily travel it is extremely difficult to justify the removal of any street tree particularly where it is planted as part of an avenue at a resident’s request.

Over the years we have excluded trees from our planting list and these include:

Trees that we are watching closely, specifically with respect to fruit drop, include:

We are watching with interest:

Recent star performers have been:

When considering a new street tree species which we haven’t used before or do not know we endeavour to speak with people who have experience with the tree.  We are particularly concerned with the potential fruiting habit.  That is the quantity of fruit set and the nature of the fruit when dropped to the footpath.  However we also need to know about its response to both formative and clearance pruning and its propensity to lift adjoining paved surfaces.

The recent street tree audit will provide a clear insight into the many management issues currently facing Council.  From this data it is envisaged that a street tree management plan will be developed addressing both the nominated replacement tree, maintenance regimes for specific streets and also long term replacement proposals.

We will also be developing operational guidelines

We shall also continue to seek innovative solutions to enable tree planting to occur where presently we cannot, including the use of root paths, structural soils, root barriers and underground service protection 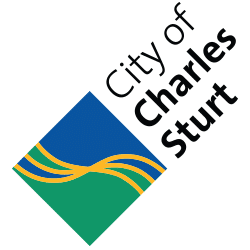