At the 8th Treenet Symposium in 2007 the recommendations and targets of the Brisbane Climate Change and Energy Action Plan were outlined. The Plan combines responses to the impacts of

climate change for Brisbane with broader sustainability actions. The Lord Mayor is passionately

committed to the Green Heart CitySmart Program which, in partnership with the community, is now implementing the Plan by investing significantly in actions across the themes of water, energy, and waste management, reducing emissions, greening Brisbane and active travel.

“Green Heart CitySmart is about working with our community to achieve house by house, street by street and suburb by suburb climate action that will help our city become the most ecologically diverse and sustainable city in Australia” – Brisbane Lord Mayor, Campbell Newman.

This has provided the opportunity to promote the positive role that urban trees play in mitigating the impacts of climate change, and the integration of urban tree outcomes across all of the action themes. This paper outlines:

have been identified. Federal, State and Local governments have responsibilities to the community to manage the risks climate change presents to the environment, society and the economy. The

Insurers of local authorities are also beginning to scrutinise climate change action plans, given the greater exposure to public class actions, and informing councils with no plans that they may not be insurable (Donovan Burton- Climate Change Risk Pty Ltd).

Except for the actions that help reduce greenhouse gas emissions which cause climate change, all of the actions listed in Table 1 are termed adaptations. Adaptations are adjustments to existing activities

and practices to reduce vulnerability to the impacts of climate change. Whereas actions which lead to

moderating the severity of climatic conditions themselves, or the causes of climate change, are termed mitigations. Mitigation may seem far more proactive and direct. However, the current Federal Government debates about emission trading and emission reduction targets are because of the perception of high economic costs of such policies versus measurable climatic moderations.

Far from being a ‘cop-out’, adaptation actions, especially those that can provide a net benefit or multiple benefits to the environment, society and/or the economy, are more easily justified. For example, the City of Salisbury has required the installation of wetlands, to contain stormwater on site, as much as possible, in all new subdivisions. This initiative provides both greater flood control and reduction of peak flow rates of up to 80%, and an alternative source of water for irrigation. These are adaptations to both flood and drought events that may be more frequent in a changing climate. However, the wetlands initiative provides many other benefits such as reductions in traditional stormwater infrastructure provision and maintenance, water quality improvements, opportunities for recreation and biodiversity enhancement (Department of Climate Change).

WHERE URBAN TREES FIT IN CLIMATE CHANGE AND SUSTAINABILITY ACTIONS

When climate change impacts were first being considered by local authorities, urban trees were often treated as the victims or part of the problem. Responses included calls to stop planting trees because

they use water or remove more trees because of subsidence risks during prolonged drought. Tree

plantings that were permitted were expected to be drought, pollution and storm tolerant tree species and excluded from near waterways where greater flood flows may be needed.

Next, tree planting, not necessarily urban trees, exploded into the emission offset spotlight. Tree planting offsets could be purchased for every emission producing activity and product, providing

‘green absolution’ for everything from motor car use, air travel, plastic water bottles, to mobile phone

batteries. Some of those tree plantings were offering co-benefits such as habitat enhancement, and saline land regeneration.

evapotranspiration. They are also integral to many adaptation actions including land use change, sustainable infrastructure, social resilience, active and public transport uptake, water cycle management, public health, and community engagement. Coutts et al (2009), for example, suggests that the form and intensity of the urban heat island (UHI) in Melbourne can be mitigated by retaining and re-integrating urban stormwater to provide greater evaporation and transpiration. Urban stormwater, in turn, supports urban tree cover and its shade provides even more UHI mitigation.

Most climate change and sustainability action plans have been slow to recognise the roles of urban trees, and have limited the focus to natural areas, biodiversity threats, fire risks, some reforestation or offsets.

EXAMPLES OF URBAN TREES IN CLIMATE CHANGE AND SUSTAINABILITY SPOTLIGHT

Some of the multiple benefits of urban trees are beginning to move into the climate change and sustainability action planning spotlight. This, in turn, is providing new opportunities for investment and innovative partnerships in better urban tree management. After all, the mitigation and adaptation potential of urban trees can only be optimised when they are well-maintained, healthy, and low risk to the communities they live amongst.

Examples of where urban trees have been moving into the climate change and sustainability action spotlight in Brisbane, Sacramento, New York City and Toronto are provided below.

Some of the multiple benefits of urban trees are beginning to move into the climate change and sustainability action planning spotlight. This, in turn, is providing new opportunities for investment and innovative partnerships in better urban tree management.

Lessons learned from cities such as Brisbane, Sacramento, New York City and Toronto may help other local and regional authorities move urban trees and their proper management into the climate change and sustainability action spotlight. 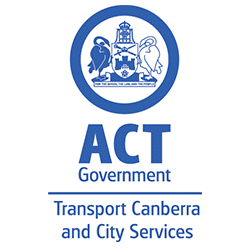 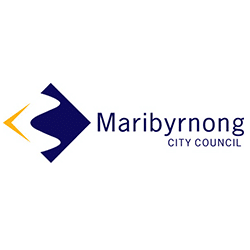