Trees have long been recognised in the scientific field for the benefits they provide both to the environment and people, such as: climate change adaptation and mitigation, providing flora and fauna habitat and resources, improving human health and well-being, and increasing local economic prosperity and real estate values. Though the benefits of trees and associated green infrastructure elements is not new, only recently has their importance been actively recognised and pursued by urban planners and decision-makers. As a result, there is now a rapidly growing impetus at the local government level to increase urban green infrastructure as an adaptation strategy. However, justifying and advocating for more trees has proven difficult in urban areas where competition for land area is high.

Being able to value trees as an urban asset allows us to justify the business-case for trees and so advocate for increased tree plantings on public land. However, effectively and efficiently increasing tree cover in urban areas also requires trees to be retained and planted on private property, which will need a cultural and behavioural shift by the people living and working in urban areas. Local councils play a key role in leading and nurturing such cultural and behavioural change.

This paper provides an overview of a case study project conducted by the City of Unley aimed at valuing their urban trees and then engaging the local community as a means of initiating positive cultural and behavioural changes towards trees.

An inventory assessment of the structure, function, and value of Ridge Park’s trees was conducted between November and December, 2015. A total of 683 trees were measured and analysed using the i-Tree Eco model developed by the U.S. Forest Service. Based on this assessment the Park’s trees were shown to be diverse in composition and structure offer a substantial amount of ecosystem services, such as carbon storage and sequestration. Together the structural and functional values of the Park’s trees were calculated to have a market value of just over $3.1M. Additional key findings from the assessment are shown in the Table 1.

The Park’s trees were also noted to contribute significant biodiversity and landscape values. The full methods, results and discussion of this assessment are available in the following report: Seed Consulting Services (2016) Tree Ecosystem Services Assessment, Ridge Park. A report prepared for the City of Unley, South Australia. Available for download from: http://www.itreetools.org/resources/reports.php

Data from the Tree Ecosystem Services Assessment is being used by City of Unley’s Asset Management team to underpin green infrastructure decisions and activities. One of the first applications of this data was in the creation of novelty “tree tags” which were trialled as a community awareness and education tool during “Mud central”, a community fun day held at Ridge Park in early 2016. Below is a copy of a report generated by Seed Consulting Services about the findings from community surveys conducted during the event relating to how participants value trees.
The following synopsis report in its original form is available for downloaded from:
http://www.itreetools.org/resources/reports.php.

On April 21, 2016, the City of Unley hosted “Mud Central”, a community fun day celebrating nature and raising awareness of the importance of interacting and connecting with nature and the outdoors. As part of the Mud Central event, the City of Unley sought to better understand current community awareness and values regarding green infrastructure and, especially, trees.

Understanding community awareness and values complements recent project works completed within the City of Unley regarding their urban forest, and understanding the values of trees as a means of justifying the need to increase tree cover in the City (Seed Consulting Services, 2016). By combining environmental data with community values, the City of Unley will be able to more effectively and efficiently target ongoing activities which support a positive cultural and behavioural change towards managing and increasing trees and green infrastructure

This survey format used an approach of recording people’s impromptu answers to the question: what do you like about trees?

The videos collected during the event were edited and cut together with photos and quotes also taken during the event. Express verbal consent was given at the time of recording by parents of any children under the age of 18 featuring in the videos.

This survey was completed by attendees and incorporated seven Likert scale questions, as well as two open answer questions, and a question about the person’s demographics (Attachment A). The questions were designed to understand how people feel about (i.e. value) trees in urban areas, and their current awareness of benefits provided by trees (e.g. ecosystem services).

Six questions were asked by Seed Consulting to randomly selected attendees of Mud Central (primarily adults). The questions were designed to open a conversation with people to understand their opinions and responses to the tree tags attached to a number of trees around the park (Attachment B).

The responses were collated as an information base for the City of Unley when considering the potential future use of tree tags to raise awareness and disseminate information to the public.

Two videos were generated, each just over 3mins in length. These are publicly available at:

Surveys were completed by 50 people ranging in age from late teens to over 70 (Figure 1). At least 78% of respondents were women, of which 69% were aged 32-51. This reflects the predominance of mothers with young children drawn to the free community event during school holidays.

The majority of respondents either agreed or strongly agreed with the Likert scale questions (Figure 2), and there was generally good consensus (Table 1). This indicates overall that people believe trees are important and there should be more trees planted in urban areas. Planting trees on public land received slightly stronger agreement than planting on private land, and there was agreement that non-sporting grassy areas and some on-street parking should be used for plantings, though there was slightly more consensus for replacing grassy areas than on-street parking (Table 1). People also tended to agree that more trees should be planted in Unley specifically and that they would plant more trees on their property if incentives were provided, though there was slightly lower consensus than some other responses. Based on additional comments provided, the lower consensus related to people not having room to plant more trees on their property, irrespective of incentives.

A wide range of responses were received when asked to list some benefits of trees. The benefits provided were distilled into 13 main categories, of which shade, wildlife habitat/food, and aesthetics/beauty/appeal were the most commonly noted (Table 2). This indicates that there is a strong recognition of the observable benefits provided by trees but less recognition of other less tangible benefits such as carbon storage and sequestration, erosion control, and rainfall interception. Certain benefits were not mentioned at all, such as the positive impacts on real estate values and economic prosperity, the ability to reduce energy use and costs in buildings, the contribution to climate change adaptation, and the potential to extend built infrastructure lifetimes (e.g. road surfaces) and so minimise maintenance costs.

In response to the question “do you have any other comments about trees in urban areas, the following comments were provided:

“This park is a great spot and good example” “They really add to atmosphere and are relaxing” “Because I love trees!”

“They are beautiful…I love them”

“Could grow more local indigenous trees on foot paths (street trees); cut down the weed trees there at the moment; Would plant more trees on my property but can’t fit any more in”

“I couldn’t live in a suburb without greenery/trees”

“Need to be prioritised more esp. with regard to developments”

Figure 2. Cumulative responses to each Likert scale question from 50 tree survey respondents. Numbers in circles indicate the number of respondents.

Table 1. Analysis of Likert scale questions showing the median score (i.e. what most respondents believe) and the interquartile range (IQR) (i.e. the level of consensus in the responses).

A conversation about the tree tags was had with 26 people, the majority of whom had noticed the tree tags, though had not necessarily read them in detail until the conversation began. This is likely due to the large crowds and numerous child-based activities being run at the Mud Central event and the need for parents to be watchful of their children, rather than focussing on the tree tags. Seventeen people surveyed were females, three of which were children aged 7-12; one boy aged 8 was also surveyed.

Overall, people considered the tags to be a valuable and desirable addition to the urban environment, providing educational, awareness, and interactive benefits. The key messages from the survey are:

If generating additional tags for urban trees, the City of Unley may wish to consider the specific suggestions provided in response to the question “is there anything you would change about [the tags]”. Note these suggestions have been ordered in to similar response categories:

– Information about caring for trees rather than them being a nuisance
– Is it native or not?

– Other uses e.g. climbing, hollows
– Both sides with information about the tree

Other general quotes about the tree tags provided by people surveyed are as follows:

The four slogans provided on the back of tree tags (photo credit: J. Garden) 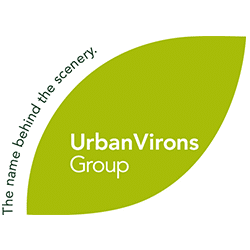