Peter May, May Horticulture Services,

Associate: Graduate School of Land and Environment, The University of Melbourne

The recent run of drier then average years and dwindling urban water supplies have tree managers looking for strategies to maintain the health of their tree populations.

While the soil plays a role in tree drought tolerance, the answer to drought tolerance in part is also in the tree. Trees must basically match the climates they grow in. We are going to have to make some changes to our tree populations with time if, as climate change predictions suggest, the last 12 years is a foretaste of what is to come. I am not saying that we require totally new tree populations; but we will need populations with different compositions that we currently maintain.

Having said that, can we do anything to improve our trees’ access to water? In the discussion below I am not going to address irrigation practices for trees. I am assuming that in an ideal world street trees do not require irrigation for survival. You can debate that proposition as you wish. I am also going to be thinking aloud to some extent as there are no correct solutions available. Rather there are a number of approaches we could take and we are going to have to a bit of trial and error work to find the best approaches for us in our various locations.

The basics state that a tree’s water reserve is a function of climate and soil water reservoir size. If unconfined, a tree will grow its root system to its genetic limits. The volume of soil it accesses is the spread (width) by the depth of the roots. As we know the spread will be 2-3 times the spread of the canopy and the depth will be up to 8-10m. The tree doesn’t access water equally from all that volume though. Deep roots in particular can be less dense but presumably make some contribution to water supply. Geoff Connellan’s work with City of Melbourne showed elms using water from 1m deep (the limit of the study).

In cities, tree roots are often constrained in size. This can result in stress but our understanding of what is actually going on under our streets is very poor (inherent difficulty of studying root distribution) and we all know trees that we can’t explain the performance of. They obviously have access to water supplies that we can’t explain. Leaking pipes and unpredictable patterns of root breakout are usually the explanations.

To get the best for trees we should be aiming to maximise soil volumes available for root growth.

Beyond the tree pit-strategies for increasing root volumes

published data shows tree roots can be found many metres d We often assume that deep roots are not important but in our climate we should at least think about this. Gary Watson wonders about the effect of production systems of tap root and plunger root development. Are our trees limited by poor soil conditions that limit vertical root growth? Why not bore holes at the base of tree pouts to allow vertical root exploration? It needs no more than the loose material to be replaced without compaction. Gypsum could be added is the excavated material is dispersive.

1. The other approaches use soil that can be compacted to support paving and still have functionality for water and air movement and root penetration. These are either coarse sand or the bimodal (structural) soils that were refined by Nina Bassuk’s group at Cornell University.

All these systems have pros and cons. They are all more expensive than just digging a tree pit. They have different capacity to retain water and nutrients. Each has its adherents and advocates. When comparing the claims made for each system, remember to compare apples with apples.

There are now applications of all these systems that can be seen. The Potter Garden at The RBG Melbourne is a good demonstration of bimodal soil and how successfully it can provide for tree growth. Silva Cell has been used in many applications in the USA and Canada. I am not aware of any Australian applications, but have no doubt they do exist.

Paving obviously intercepts rainfall and diverts it from soil infiltration. As a consequence, the soil surface available for rainfall interception for an open-grown tree is often restricted for urban trees.

Many tree managers are exploring options for recapturing this water and placing the tree and its soil between the surface and the storm water drain. There are two potential benefits of this. One is obviously increasing the amount of rainfall that is available for tree use. Remember though that these systems don’t make it rain. In a long term drought the trees will not be getting any more water than if they weren’t getting special treatment. The other benefit is pollutant scrubbing from runoff water (part of the WSUD model of development).  This process is called biofiltration.

Water flows off the road onto the root zone. This increases the apparent rainfall over the root zone. It could be an informal treatment for a paved road or may be coupled with a grassed swale system. Issues are mostly maintenance ones in that wet soil is soft and if the site has poor infiltration rates mowing and other functions are hampered. This option is really only useful in low level developments and in areas that don’t require vehicle access.

These usually fit into conventionally curbed streets. The water is picked up and either dumped onto the surface of the root zone (either under a paved footpath (eg Bourke St., Docklands, Melbourne) or into a ‘rain garden’) or is piped around the tree under the paving. The latter approach is most feasible for retrofitted systems but I think there is still a considerable amount of work to be done designing and evaluating retrofitted systems. The main limits of this approach are the volume of the capture component, especially if the soil has low permeability. That is, the capture component fills quickly but can’t accept any more water until infiltration has occurred. Some of my observations on soil properties in the section on permeable paving below also apply here. Long-term performance of these systems and issues such as litter and soil accumulation are yet to be resolved elegantly.

In locations where surface strength is not required but enhanced permeability and/or protection from pedestrian traffic is required, a mulched surface may be the best solution. Mulches generally maintain or improve surface permeability and also protect from compaction pressures. The main issues are associated with maintenance of mulch integrity especially in high traffic areas.

The use of decomposed granite as a soil surface treatment around trees has become very common. While simple to specify and install, there are still questions about its performance. Testing that I have been involved in shows that granitic sand can have limited permeability to water and oxygen under quite high levels of compaction but this will depend on the mix of coarse and fine particles in the mix. To my knowledge, no grading or classification of granitic sand is done at the quarry so supply is what is available on the day. The low water infiltration rate means that these surfaces will not be effective under high intensity rainfall or runoff conditions and thus water will not be absorbed and erosion can occur.

There is now a great deal of information available for the construction of these systems. They are generally useful in areas of low traffic density (car parking areas, pedestrian zones, infrequent load zones eg emergency vehicle access). Choice of paving will be affected by many criteria. The best performance of these systems, both for capture of infiltration water and scrubbing of pollutants will occur where the soil under the paving has a moderate infiltration rate. If waterlogging is a risk the system requires drainage. If storm water scrubbing is required then the system must be drained.

A recent study by Justin Morgenroth at University of Canterbury (LBG 3) using Platanus orientalis shows enhanced tree growth under permeable concrete as compared with normal concrete. Soil moisture content and soil aeration were very similar under both paving types (wetter and less well- aerated than the unpaved control) but soil was better-aerated at depth under permeable concrete. This work reinforces the position that simply placing a permeable pavement on ‘normal’ soil may not enhance tree performance because of poor aeration. The use of better-drained soils may be important for getting the most from permeable paving.

A trail planting in Ithaca, New York has CU Structural Soil placed under porous asphalt in a car park. The porous asphalt covers the parking spots but not the traffic zones. Tree growth in cutouts is very strong (personal observation, October 2008). Similar approaches could use Silva Cell or compacted coarse sand or gravel.

Permeability of soil is easily tested but recommendations for performance criteria are more difficult. Current Victorian recommendations for bio-filtration systems have infiltration rates (saturated hydraulic conductivity) of 100-200mm per hour. This can only be achieved with quite sandy soils. There is anecdotal evidence of tree management problems in rain gardens built of such sandy material. While the bio-filter is only a small part of the trees total root volume, that issue is probably less critical, as long as soil conditions elsewhere allow root breakout.

Liz Denman has shown in her PhD work at Burnley that trees can grow in model bio-filtration systems. Tree growth was enhanced by the nutrients in synthetic stormwater and the presence of trees improved nutrient scrubbing. She found no real differences between the four tree species (Platanus orientalis, Lophostemon confertus, Callistemon salignus and Eucalyptus polyanthemos) that she evaluated, despite their quite different environmental adaptations. The best performance came from a soil with a drainage rate of 5mm/h which is much lower than current bio-filtration recommendations and is also lower than the limits set by AS 4419 (Soils for landscape and garden use). This work seems to suggest that where trees are to be used as part of bio-filtration schemes, specific soil requirements may exist that separate tree systems from other bio-filtration systems. Drainage rates in the range 20-50mm/h seem to me to be more useful for trees. Currently the role of trees is not being as carefully examined as other parts of these systems.

Qingfu Xiao and Greg McPherson have published a modeling study that shows that leafy tree canopies can capture up to about 80% of a rainfall event. Some of this captured water is directed along the branches and down the trunk, with the remainder dripping to the ground or being lost as

evaporation. Trunk flow is presumably a very important source of tree water in paved and compacted

soils. Consideration must be given to soil conditions around the base of the tree trunk to ensure that as much of this trunk flow water as possible is captured and directed into the soil. Various mulches and gravels will assist in this. The use of tree grates will also be effective, but there are real concerns about their use. This issue deserves further consideration.

Meeting tree soil volume requirements in urban areas is difficult. There are interesting options available to help meet the multiple demands placed on soil but it is challenging to get serious attention to be paid to them. Perceived cost is often an issue and this usually occurs because no early budgetary allocations were made in the planning process. More successful examples will no doubt help. Soil capture of runoff for street tree growth is also feasible but is still in its infancy. It would be nice to have the funding for some formal evaluation of these systems. It is highly likely that in Australia it is the practicing tree managers who will do the development and evaluation work that is needed to see if these approaches are, in fact, useful to us. 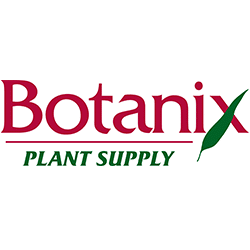