How can we make this iconic Australian tree genus into a happy suburbanite?
Are ‘designer trees’ the answer?

The Eucalypts (genera Eucalyptus,Corymbia and Angophora) contain unique flora with over 700 species found throughout Australia (and its closest northern neighbours) and represent one of Australia’s greatest floral icons. Eucalypts play a vital role in all Australia’s ecosystems providing habitat for native birds, insects and animals. There are a great number of species that are seldom seen in cultivation, with ornamental flowers, leaves, buds, and fruit.

The majority of eucalypts available in the Australian nursery sector are grown from seed, with a small number of grafted varieties mainly from the Corymbia genus. Breeding and development programs will enable a wider range of ornamental eucalypts to become available to the Australian nursery and garden sector, with“design” of new hybrids and selection of superior forms.All selected forms must be clonally propagated to ensure genetic integrity, however,clonal propagation (including cutting production,grafting and tissue culture) is difficult in most eucalypts and can be genotype dependant. As published research to date has focused on a limited number of eucalypts, there exists a large gap in knowledge as to how the majority of ornamental species will respond to clonal propagation.

How can we make this iconic Australian tree genus into a happy suburbanite?Are„designer trees‟the answer?

This paper will discuss the University of Adelaide’s Ornamental Eucalypt Development Program, what we have done,what we are doing,why we are doing it and what we will do in the future, to address these questions.

An example of along term breeding program with lots of collaboration, funding, hardwork and passion,that is starting to bearfruit.

The University of Adelaide’s Ornamental Eucalypt Development Program (OEDP) commenced in 1996 with PhD research by Dr Kate Delaporte. Her PhD studies looked at aspects of the development of eucalypts for ornamental horticulture, and generated hundreds of inter specific hybrids.These hybrids were planted in the Laid law Plantation, at wohectare site at Urrbrae,South Australia, which now contains over 800 putative  hybrid eucalypt genotypes,as well as around 350 individuals from 30 different species planted for breeding purposes,and is a significant germ plasm resource for the OEDP.

Research and development of ornamental eucalypts continued from 2000, with projects funded by RIRDC (Publication No 04/125,No 08/018 and No12/120),the Playford Memorial Trust, with additional support from the Laid law Family, the Frank and Hilda Perry Trust and the SA State Government.

During that time, Humphris Nursery teamed up with the OEDP to undertake investigations into the top 10 selections for suitability for propagation by grafting. This required an examination of potential root stock species and grafting methods, as the OEDP varieties at that time were from the Symphyomyrtus Bisectaria group of eucalypts, and far different from the Corymbiatypesthen available. The selection process was long and difficult, but yielded results in 2012 with the first release of two OEDP varieties, Nullarbor Lime and NullarborRose. These two varieties are derived from crosses between dry land species from Western Australia, E.macrocarpa, E.pyriformis and E.youngiana, and have retained the glaucous wax of the male parent E.macrocarpa and the more upright habits of the female parents.The varieties are grafted onto selected seed grown rootstocks to make the more adaptable to a range of climates and soil types. It has been a slow and expensive process, with 5 years of research and development to find the bestrootstock and grafting conditions.

All reports from these projects can be sourced from RIRDC (http://www.rirdc.gov.au/publications).

A number of gaps in the knowledge base underpinning the development of ornamental eucalypts for horticulture were identified.Very little information exists on the relationship between climate and reproductive development, and also very little information on stigma receptivity and pollen viability for any species outside of the forestry industry.Over 100 individual plants from 42 species and eighthybrid populations were used during this study. All plants are located at the Waite Campus, Laid law Plantation, or the Waite Arboretum, Urrbrae, South Australia.

This projects ought to address some of the gapsby investigating aspects of reproductive biology, phenology, and clonal propagation:

But what has all this got to do with ‘Designer Trees’and eucalypts insuburbia?

In Australia, our external environment is full of eucalypts. In the country areas, there are areas of remnant native vegetation, mixing with farmland with planted trees, some endemic, some from other parts of Australia. They are part of the landscape, and give a sense of place. In urban environments, the trees are fewer, and less comfortable in their surrounds. Often, they are majestic large trees, memories of a time prior to white settlement, but now causing conflicting emotion sand opinions a humans try to reconcile a huge tree and its importance for habitat, air quality and human happiness with the problems of sheer size, water-seeking roots, limb dropping, ‘messy’ flowers, and resident wildlife. Sometimes, the trees are the result of well-meaning Council planners and enthusiastic gardeners, planted 30-40 years ago,untried and untested,possibly with unrealistic expectations as to their growth and impact on the environment. These trees are now creating problems and ill feeling in the community.

Ironically, conversations along the lines of “we need to plant more eucalypt trees in our urban environment” precede “My neighbour planted a eucalyptand it’s too big and its shading/dropping leaves on my garden”. How can these conflicting opinions be reconciled? Are‘designer trees’ the answer?

Take a set of characters that a tree should have: the height, the architecture, the canopy density, the vigour. Sometimes, the flower and leaf should be considered too. Now, look at all of the species (eucalypts in this case) and identify which species have what characters. Mix that with a good understanding of the relationships between species, there productive biology and genetic relatedness; develop a program to crossbreed  different species with desirable characters, and (hopefully) produce a new plant with the characters you want. For example, Corymbiamaculata grows well in the eastern states, has a good upright habit, minimal limb drop (reportedly), but the bark, while attractive, is grey. C.aparrerinjaon the other hand, has a glorious white  trunk, but is a spreading tree from the subtropics. Can the two be bred together, to result in an upright tree with a white trunk that grows well in most locations in Australia?In this case yes,however, the process of breeding new trees isn’t quick; it can take 5-10 years to produce the new tree and road test it, and get it ready for wide spread use.

It’s easy to see that many of the trees, bethey eucalypt or other, in our urban forests are in decline, or will be soon, from age, inappropriateness, climate change, disease. For example, the City of Melbourne Urban Forest Strategy 2012-2032 reports “Modelling shows that within the next ten years, 23% of our current tree population will be at the end of their useful lives and within twenty years this figure will have reached 39%.” (City of Melbourne Urban Forest Strategy Revised Draft, September 2012).

These trees will need to be replaced, and the choice of what will be used to increase, renew and revitalise the Urban Forest across Australia becomes important. The same varieties and species that are currently planted could be planted again, or, we could look to a new generation of trees.Designer eucalypts could find an increased presence in our cities, and if they are more suited,planting them could take precedence over exotic species.

Armed with over 15 years of experience, the OEDP is about to embark on a newbreeding program, to ‘design’ the ‘right eucalypt for the right place’. We aim to develop a range of trees that are suitable to a range of climates, or for more specific ones; that have the shape, size, flowering, trunk colour, that is sought by designers; that will be disease resistant, low maintenance, non-invasive and ‘safer’; that will increase city biodiversity and keep humans happy and healthy. It’s along term project and will not succeed without input from nurseries, advanced tree producers, landscape architects, councils and arborists, so expect to hear more from the OEDP soon.

The OEDP would like to acknowledge the contributions of many organisations and people, without whose contribution this work would not have made it this far: 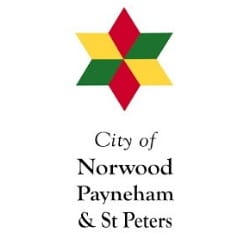