Many tree planting and establishment problems are the result of an inadequate assessment of the characteristics of the medium into which trees are planted. The following presentation outlines a very simple approach to assessing soils in the field. Field results and observations may suggest that further investigations should be carried out. These may require a specialist soil scientist or soil-testing laboratory. The paper also includes a simple guide to collecting soils for sampling.

Use an auger, post-hole digger or shovel to dig a hole to a depth of at least 600mm. If you use a soil auger, empty the auger onto a strip of plastic and record the depth of each “dig” on the plastic as you go. (NB. If you are using a tractor-mounted/ power auger make sure that you know where the underground services are located!!) You should note the depth at which obvious changes occur; eg. changes in compaction, layers of stones, a change in colour. You may also discover that the soil has been disturbed.

Step 2: Look at the colour of the excavated/ exposed soil profile.

Inadequate depth of drained soil is a major limiting factor to plant growth. A drained depth of 400 mm is considered to be adequate for good tree growth. If this is not the case, consider tree species tolerant of poor drainage, avoid trees altogether or install sub-soil drainage.

A common cause of “smelly” soils is the presence of organic matter below the top 100-200 mm of soil. Aerobic organisms use soil oxygen to consume organic matter. As the oxygen level drops these organisms may be replaced by anaerobic bacteria. These organisms produce intermediate products which are not available to plants and which may be toxic to roots. In extreme conditions, the ‘land-fill’ gas, methane may be produced.

Step 4: Determine the texture of the soil.

A Field Texture Assessment (FTA) is a simple method of determining the texture class of a soil. Texture is defined as the relative proportions of sand, silt and clay in a soil. The proportions of these particles influences fundamental soil properties such as water-holding capacity, drainage, aeration, susceptibility to compaction or ease of leaching. Soils dominated by sand tend to be well aerated and drained but retain less water and nutrients than soils with more clay in them.

A FTA involves taking a handful of soil, removing any rocks/lumps of o.m. over 2 mm in size, gradually adding water until it forms a moist ball or bolus. The bolus is worked and then extruded between thumb and forefinger to give a ‘ribbon’ of a certain length. Other characteristics such as grittiness, silkiness and plasticity are noted. Grittiness indicates sand, plasticity indicates clay and silkiness indicates silt. Greasiness may indicate organic matter. The longer the length of the ribbon,  the greater the amount of clay in the soil. Texture should be assessed down the profile.

Natural soil profiles have a particle size distribution from the top to the bottom that goes from coarse to finer. A finer layer over a coarse layer may lead to drainage problems through the creation of a ‘perched’ water table. A dramatic change from a coarse layer to a much finer layer may lead to drainage problems from a ‘rising’ water table. An impeded layer may also limit the potential for root growth.

Step 5: Assess the structure of the soil.

Many generalizations are made about clay soils in particular. To many people a clay soil is a “bad” soil. However, some of the most productive soils in the country are clays. The range of properties in clays from poorly drained, hard-setting and crusty to very free draining depends on their structure. Soil structure is defined as the arrangement of the solids and the pore spaces. The terms pedality or aggregation are used to describe structure.

To determine soil structure, pick up a handful of soil and gently try to break it apart. Observe the degree of pedality, the ease with which it broke apart and the size of the peds (if any).

Soils dominated by sand are unlikely to form peds, ie. the sand grains don’t stick together and the particles act as individuals. These soils are referred to as apedal. This means that they are likely to have a low water-holding capacity but are usually well-drained and resist compaction.

Medium to fine-textured soils (loams to clay) have enough clay in them to form peds or aggregates. An aggregated structure where the peds look and stay like cake crumbs is a great arrangement for roots. The large gaps or macropores between the peds facilitate drainage, aeration and root penetration and the tiny pores or micropores within the ped act as water reservoirs. The size of peds influences the balance between air and water in the soil. Where a clay soil looks like one large solid lump it may have a ‘massive’ apedal structure. This is unsatisfactory for plant growth.

There are a number of common causes of the decline of soil structure and the creation of massive soils. These include compaction, over-cultivation and structural instability.

Compaction: Compaction results from compression and shearing forces applied to soils by any kind of traffic – foot or vehicle. The effects are worse in moist conditions. The result is the reduction in size of pore spaces with negative effects on water infiltration, gaseous exchange and root penetration.

A very simple way of assessing if there is a compaction problem is to try to push a large screwdriver into the soil. Whilst this is technically more an assessment of soil strength it can be very useful guide to surface and sub-surface compaction. A surface covering of grass on a nature strip or a recent building site may overly a highly compacted mix of subsoils and construction waste. Previous agricultural land may have ‘plough pans’ at depth. Note that a dry soil will be ‘harder’ than a moist or wet soil.

Soil stability: One of the most common generalisations that people make about clay soils is that they all need gypsum to break them up. This is not true and may lead to other problems. Some aggregated soils can be cultivated to a good crumbly tilth. However, when the soil is wet by rain or irrigation the structure may collapse and a surface crust develops. This indicates that the soil has an unstable structure and will be prone to erosion. Unstable soils also provide challenging conditions for root growth.

To test for the cause of the instability problem, carry out this simple test. Take a lump of dry soil and carefully place it in a glass of distilled or rain water. It may also be very useful to see how your soil behaves in tap or irrigation water. Leave the soil undisturbed. Look at the soil after 2 and 24 hours. If the ped remains intact, the soil is said to be stable. If the ped has collapsed but the water is clear, the soil has slaked. If the soil has slaked and the water is cloudy or ‘milky’, the soil is dispersive or sodic.

A slaking soil is the result of physical instability and can be improved by incorporating composted organic matter into the top 100 mm or so and or protected by placing a 75 mm layer or organic mulch on the surface.

A sodic soil contains too much sodium on the clay particles. These need to be displaced. The safest material to use is natural gypsum or calcium sulphate. The calcium ions displace the sodium ions from the clay particles and lead to ‘flocculation’ or aggregation of the soil. Gypsum will not alter the pH.

The simple test outlined above is a modified version of the Emerson Aggregate Stability Test. To take the test a little further, work a moist ped into a little ball, place it in water and observe as before. The working of the soil may reveal some dispersion and thus some response to gypsum. This is important if the soil is likely to be cultivated.

If a soil is likely to be excavated, for example if a battered bank was to be developed, the subsoil should also be assessed for stability.

pH is a measure of the acidity or alkalinity of a soil and of the potential availability of essential plant nutrients. It is not the be-all and end-all of tests, just another piece of the jigsaw.

A simple colorimetric test kit such as that developed by the CSIRO is adequate for most landscape applications. Do not waste your money on pH/ moisture probes.

A pH range of 5.0 to 7.5 is reasonable for most nutrients and most plants. However, some plants are adapted to grow beyond these levels. pH is a useful tool for plant selection, as a guide to possible remediation and diagnosis of problems. If the pH is extreme, you may need specialist help – see Step 8.

Step 7: Repeat the process elsewhere on the site.

Soils can be spatially quite variable, particularly on disturbed sites so it may be sensible to dig a few holes.

Step 8: If you suspect nutrient disorders or salinity, collect samples for testing.

If you see salt crusting on the surface, the edges of leaves turning brown or consistent discolouration of foliage, there may be a chemical problem. Most chemical testing requires a specialised soil-testing laboratory and the input of a soil scientist.

Before collecting samples for testing, find a laboratory and ask them a few questions; for example: Will the results be interpreted? What will be tested for? How much will it cost? How long will it take? How much soil is required? How should it be prepared and delivered?

A range of chemical properties may be determined including pH in water and in calcium chloride, exchangeable cations, cation exchange capacity, % organic matter, amount of particular nutrients, electrical conductivity and so on. Make sure that you get the results interpreted in plain English otherwise you will end up with a page of numbers.

If an area is to be managed as a unit, for example a median strip or grassed area in a park, then you need to collect a number of samples to make a composite sample for testing. Depending on the area, you may collect 15 or 20 sub-samples. To do this, remove the surface vegetation or mulch and take a sample from about 100 mm below the surface. Put this into a clean bucket or plastic bag. Put all sub-samples into the same bag/ bucket. Once collected, tip the composite sample onto a clean sheet of plastic, mix it up and divide the sample until you have the amount required for testing. Put this into a clean plastic bag. Make sure that you label the bag!

Do not mix topsoil and subsoil (unless it is already mixed). If the subsoil is to be exposed, this should also be sampled and tested. Before using underground water for irrigation it should be tested for its salinity, pH and sodium content.

Having a look at what lies below the surface can be a very useful investment of time and resources. It may save considerable lost time and wasted resources if trees are planted into an environment in which they are unlikely to survive. It is critical that the physical properties of the soil are determined and modified if necessary in order to provide a suitable balance between air and water for roots and desirable soil organisms. In some areas the chemical characteristics of the soil will provide challenges to be overcome by careful plant selection or possible remediation. 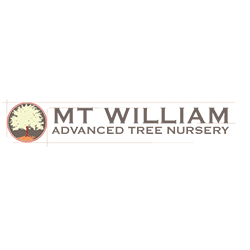 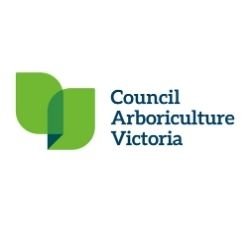