Much of what I have to offer has been and will be discussed by the various excellent speakers here today.

Speaking of the use of Australian trees in our streets can throw up many thoughts to many different people.

It is not easy when councils have many considerations to take into account, yet it is the residents who have to endure, appreciate the species often chosen by the streetscapers, usually under local council direction.

To speak of Australian trees, can also conjure up many thoughts for the Australian public.

In many areas we still have trouble accepting that they originate in this country.  We have a 200 year background where all trees in the new land were described as being scrubby in nature, most lacking form, untidy, mostly all evergreen, and many lacking the flowering beauty of those they had left behind in Europe.

To many Australians, the shackles of our past have not left us and that thinking often remains.  With the renewed interest in retaining urban biodiversity, Australian trees and shrubs are once again coming into favour.

In my journey around this country and in particular South Australia, I see many excellent examples of treescaping.  I also see problems in the future with the planting of some particular species.

So what are some of the perceived problems?   Do some councils have a policy of changing streets say every 25 years, or are they changed because of necessity?

What is the right tree for any particular area?  If only that species was planted, a monoculture of streetscaping would soon appear.  Is that what we want?  Mixed species would seem more popular throughout suburbs.

So let us look at some suitable species.

What is the criteria for councils when selecting particular trees?  I don’t know.   Historically, it was usually what the nursery person suggested.

As we move into a new century, there is marked improvement.  Most councils have their own nurseries, trained horticulturalists, environmental staff etc. who are well trained in many aspects of tree culture.

The advent of the Treenet group here in Adelaide can only see improvements in the future.

In a recent TREENET Report compiled by D. Lawry and J. Gardner, some interesting statistics were brought to light in relation to a series of responses by Local Councils.

The survey indicated that there was an equal number of Australian native species planted as street trees to the number of exotic species.

On the list of those Australian species planted, some really don’t have a future, unless grown for on 10 – 15 years.  They are what many of us involved in the tree business would call  ‘short term only’ or ‘problems ahead’. There are so many environmental conditions to consider when choosing the right tree for the right position and future TREENET information gathered will address this.

For example:  coastal and high wind areas should see plantings in groups so that crowns of trees merge together when they mature.  We need to get away from formal plantings in these areas.   The choice of  trees for coastal and high wind areas should have a high percentage of trees with fine or needle like foliage e.g. Allocasuarina which in turn filter the wind or slow it down.  Don’t try and stop the wind totally with broad foliage species.

The growing interest in local biodiversity and the retention where possible of existing trees, is giving credence to the planting of Australian native species.   The use of understorey shrubs, grasses, sedges etc. to compliment street trees, is a huge improvement visually.

So what are some of the problems associated with the use of Australian trees and shrubs?

Pruning many native species, particularly shrubs etc., is an advantage:   knowledge is required on certain species of the amount that can be cut back.  For example, the Myrtaceae family – callistemons and melaleucas really benefit from hard pruning, yet those of the Proteaceae – grevilleas, banksias need light pruning only.  Most of these plants will not respond with new growth of old wood, so understanding this factor of other plant families also needs to be known.

When choosing trees, often the potential size indicated is far from correct.  Size of trees is often gained by botanical recordings in their natural range.   If we take them from their natural range, soils, rainfall, then put them into a new environment, often a higher natural rainfall, an additional watering program in their initial years, and excellent weed control programs, then the trees can and will double their natural size.   The message here is when you select a tree, double the size and see whether that still fits into your program.

Another area for improvement is not to choose certain species that with pruning, create an umbrella shape.  For example:  hakeas and particular eucalypts like the Eucalyptus platypus group, will and do blow over.  It is best that these type of Australian species not be put on future lists as potential street trees, or if used, then in mass plantings or groups closer together.

Another area that needs to be addressed, is to have an holistic approach to street scaping, more than just street trees.  Some councils, to their credit, are making some progress and they are to be commended.  We all need to accept and try and work in harmony with existing landscapes or create streetscapes that have an Australian landscape about them.

How many streets do we drive along and see the biggest kaleidoscope of miss-matches with trees and shrubs you could expect to find?  If n or should we.   Many older plantings now have historical and heritage value and we need to accept them as they are and to perhaps learn from them. 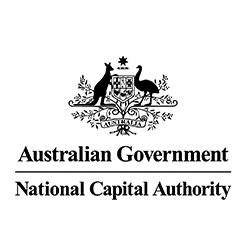