Clark and Matheny  published a model of urban forests sustainability in 1997 1 – I recall reading the article and thinking how far removed we were in Australia from such holistic tree management thinking – that was 1997 yet now 8 years on things look very different. Global warming is ringing alarm bells and sustainability has crept into the people’s dialogue from building to transport and planning. The NSW and SA Local Government Associations have both adopted urban forest policies, and Adelaide City has commenced an ambitious urban forest program whilst the City of Newcastle is drafting a comprehensive urban forest policy. A number of NSW local government Councils have adopted the term ‘urban forestry’ in lieu of ‘tree preservation’ and ‘tree management’. In March 2005 the Lord Mayor of Sydney hosted an Urban Forest Forum and a number of national conferences have focussed on issues in urban forestry.

Given this significant increase in attention to urban forestry in Australia I have set out here what I consider to be a potentially useful model for Australian authorities to take urban forestry into the application phase. I fear that in the absence of a practical model that helps us to understand and apply urban forestry, that our currently dysfunctional approach to urban tree management could become the defacto urban forestry  – ie what we do now simply gets called ‘urban forestry’ – in my view, this would be a disastrous situation.

Broken down to its basics, Clark’s 1997 urban forest sustainability model becomes readily understandable for lay persons and therefore its ideas are transferable. I propose it as a basic model for Australian Local Government authorities seeking to gain from the potentially enormous benefits of their urban forest.

What follows is a summary of the Clark model which itself was adapted from a World Forest Sustainability model 2 Following that I present a sample of the Seattle Urban Forest Assessment: Sustainability Matrix 3 which used the Clark sustainability model, with minor modifications, to identify directions for Seattle urban forest policy and programs.

A MODEL FOR SUSTAINABLE URBAN FORESTS

The four principles to which any model must adhere:

Applying these four principles leads to this definition of sustainable urban forest:

“The naturally occurring and planted trees in cities which are managed to provide the inhabitants with a continuing level of economic, social, environment al and ecological benefits today and into the future”

Given these three premises, Clark & Matheny developed their model of urban forest sustainability which is founded on three components:

The Clark urban forest sustainability model was based on the Santiago Agreement 2 which suggested criteria and indicators for the conservation and sustainability of temperate and boreal forests. It recognised that both quantitative and qualitative indicators were needed because not all criteria could be accurately measured.

In 2000, the city of Seattle (pop 540,000) USA undertook an assessment of the Seattle urban forest in response to concerns about the impacts of population growth and higher development densities on Seattle’s trees 3. The Seattle assessment used an adapted form of the Clark & Matheny model of urban forest sustainability and may be a useful model for application by Australian cities.

A sample of two criteria (Table 4) from the Seattle matrix illustrates this point. It uses similar criteria to the Clark & Matheny model, which are presented as a matrix to summarise data collected by survey. The matrix included comparisons with several other US and Canadian cities to ‘explore lessons from them & their possible application to Seattle’

The Clark urban forest sustainability model and the Seattle urban forest assessment matrix could be very easily adapted for application in Australia.

To reiterate, the model has three important components, all three must be present:

We do not need to invent new models – the hard work has been done. The results of such studies conducted in Australia would expose the urban tree management situation for policy makers, politicians, Councillors and administrators in such a way as to reveal the true state of play with each city’s urban trees. This would create the starting point for urban forest action.

Now is as good a time as ever arboriculturists to throw the urban tree management ‘ball’ back to the players who have such significant influence on the design and management of our cities and suburbs, and because of this, exert enormous influence on the structure, extent and future of urban forests. Arboriculturists (and committed associates) must take the role of advocates and activists, prodding for progress and steering it instead of running alone as now and virtually haemorrhaging as a profession in the process. After all, sustainable living is everyone’s goal and therefore it is everyone’s concern.

The urban forest sustainability model is a valid, proven approach that Australian cities could employ as a practical measure to achieving the social and economic health and well being of all who visit, live in and love this country now and in the future. 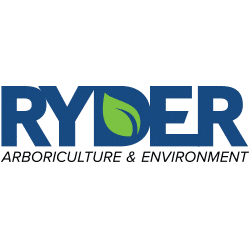 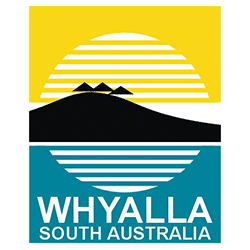