Trials of the first five of eleven indigenous tree species with potential for street tree use began in Brisbane last year. The aim of these trials is to expand the current recommended street tree species for Brisbane to especially showcase the natural biodiversity of this area. Increasing the use of indigenous tree species along Brisbane footpaths will not only encourage more use of such species in private landscaping but allow more appropriate species choices for new residential developments in environmentally sensitive areas.

Council’s policy position at present is to choose new or replacement street tree species from a list of 25 tried and proven natives and non-invasive exotics. With a current street tree population of around 360,000 and plantings continuing at the rate of around 10,000 per year, a broader list of suitable species choices can help control the maintenance demands of this growing population, and improve the habitat value of Brisbane’s streetscapes.

The eleven species chosen for trial were shortlisted from more than 50 species suggestions made by a local community group, The Brisbane Rainforest Action and Information Network (BRAIN) who have been revegetating creeks and rainforest remnant areas in Brisbane for many years. Their first hand experience provided informed suggestions which were screened down to the eleven species based on potential to perform in footpath conditions, ease of propagation, and lack of undesirable features such as prickly foliage, which cannot be tolerated in public spaces. Other reasons for excluding species were root issues, suckering, fleshy fruits, excessively slow growth, and poor shade provision.

BRAIN volunteers also provided fresh local seed for propagation of species that were not commercially available.

Preference was also given to small to medium shade tree species, which are in highest demand for renewal projects in existing suburbs with overhead powerlines, and some species which had shown good potential in smaller trials installed 12 years ago. Final tree heights and canopy dimensions were estimated for cultivated specimens, not those from native stands which are generally much taller with narrower canopies. Not all species chosen are native of wet rainforest environments, others are native of hardy dry South East Queensland rainforest scrubs. Although hardiness was considered, some rainforest species which prefer better sites, but have outstanding features, have been included in the trial. An overview of the Stage 1 trial species is provided in Table 1.

Methodology of the trial:

The field trials consist of planting up to 100 specimens of each species in at least four different districts of the city on a variety of footpath sites, using a minimum of 10 specimens in any one trial street site. Stock size is usually around 1 m tall within a 250mm diameter container. Stock quality is a critical element and has been consistently good to date, meeting Council’s Street Tree Stock Standard. Planting takes place within either the “spring planting window” (Sept-Nov) or the “autumn planting window” (March-May). Residents living adjacent to the new plantings are informed, as per standard street tree plantings, of the species planted and some tree care tips. Regular watering, fertilising, weeding and mulch maintenance is provided at the same frequency as other standard street tree early care practices (weekly for first month and then monthly for next 11 months)

Planting site details and plant dimensions are recorded at planting and performance is monitored twice per year.

Of the five species installed up to 15 months ago, all are performing satisfactorily so far through an exceptionally dry past 12 months in South East Queensland.

The balance of the first five species stock, together with up to four of the remaining six species is scheduled for planting this spring. The Stage 2 trial species include:-

Species which prove successful in these Brisbane trials could be expected to perform comparably from north coast New South Wales through to the Sunshine Coast.

This trial work is planned to continue and there are still many more potential street tree species to be found amongst the diverse rainforest flora of South East Queensland.

(NB: The maximum heights shown in the table below for some of the species may be considerably lower than those quoted in reference texts.  This is because the latter are usually referring to specimens in closed forest conditions where strong light competition exists with surrounding trees. The heights quoted below however are recorded from open grown specimens in cultivation). 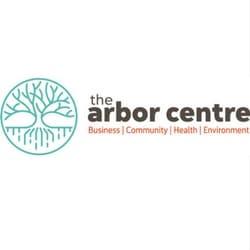