The purpose of this presentation is to review issues raised in our 2002 TREENET Symposium paper, The Economic Value of Urban Trees: Estimating the Benefits and Costs of Street Trees in Adelaide. With so much attention now focused on carbon trading and many additional studies examining the role of street trees in climate change, we thought it useful to have a second look.

In 2002, our estimate of gross benefits of a typical Adelaide street tree was $171. This estimate represents a rough idea of the average annual gross benefit of a typical street tree in Adelaide. The paper points out that without, adequate data on prices, tree numbers, and proper computer simulations these numbers only represent an initial ‘guestimate’. Data is needed on how benefits (and costs) differ between tree varieties and tree sizes. However, we were, and still are, confident that the gross benefits would actually be significantly higher if a proper study could be undertaken.

The study made the following assumptions:

One of the pressing issues in today’s world is carbon dioxide emissions and climate change. Being carbon neutral is now pursued increasingly by private businesses and governments of all levels are making commitments. Yet, unlike markets for other goods and services, carbon trading is not regulated nor are international standards set. This section highlights some of these issues. For instance, if you want your next flight to Sydney to be carbon neutral it is easy. Just book your ticket online using, say, Travelocity or Expedia and purchase offsets to neutralise the carbon emissions released by the airplane.

Travelocity, for example, sends your money to the Conservation Fund’s Go Zero Program, which plants trees that take carbon out of the air. Plane flights emit carbon; trees absorb carbon. A done deal.

Australia has three big airline networks: Virgin, Rex and Qantas. Virgin offers you the opportunity to offset your carbon emissions. But, Rex and Qantas don’t yet offer such a service.  Virgin Blue has decided to go green. In North America and Europe, going carbon neutral is an established trend.  In fact, the New Oxford American Dictionary picked ‘carbon neutral’ – meaning a lifestyle sensitive to climate change – as its official Word of the Year for 2006.

Trading in carbon offsets is now a billion-dollar global industry. Individuals and businesses on every continent are paying specialised organizations to plant trees, invest in renewable power sources and finance carbon-reducing projects; in this way they balance out their greenhouse gas emissions by cutting the same amount of emissions elsewhere.

This eco-friendly lifestyle idea is gradually catching on in South Australia, too. For instance, WOMADelaide became carbon neutral in 2007. It contracted with Greening Australia to offset the greenhouse gases generated through the event’s travel, lighting and power by revegetating native bushland. Many other SA businesses, from mortgage companies to website developers, are following suit.

And, we do need to catch up. Australians each generate around 19 metric tonnes of carbon per year, making our total per capita emissions among the highest in the world, neck and neck with USA emissions. French, German and Italian families are responsible for less than half the carbon generated by Australian families. In China, which will soon be the world’s largest emitter, each person’s annual carbon footprint is 3 tonnes, six times smaller than that of Australians.

These emissions create a formidable coordination problem for the planet: no matter where you produce carbon, it impacts the entire Earth’s atmosphere. To look at it another way, everyone over 40 years old in the world is breathing in 20% more carbon with every breath today than the day they were born. That the vast majority of this 20% carbon increase is the result of growth in North America and Europe is irrelevant. Suck in a breath in Addis Ababa, Amsterdam, Adelaide or Antarctica and you’ll get that extra hit of carbon regardless.

Australian’s have another urgent reason to become carbon-responsible: we soon won’t have any choice. The EU is considering stiff tariffs/taxes on coal imports, expanding emissions caps and other green measures. Global industry leaders are already taking things in their own hands. Tesco, the UK’s biggest retailer, will require carbon labelling on all the products it sells by 2012 so that shoppers can compare ‘carbon costs’ along with calories. Several other retail giants are close behind. Like it or not, the rest of the world is forcing Australia to act responsibly.

What can the average person do to become carbon neutral? The concept is simple: (i) assess your emissions (use an online calculator); (ii) reduce as much as you can by using energy efficiently or by switching to renewable energy; (iii) offset the rest. It’s that easy. Or is it?

Reducing your own emissions requires a lot of effort and discipline. And buying renewable resources is not always convenient or inexpensive. Wouldn’t it be much easier to just pay someone to neutralise your carbon?

The problem with carbon offsets is that it’s almost impossible to see or track them for yourself. And many of the businesses who market them in an effort to appear eco-friendly don’t make it clear what’s being offered. What are you actually buying? Will it really make a difference? Who will make sure that it does what it’s supposed to do? Is that bottle of wine that you are about to buy already carbon neutral?

It’s up to buyers to make sure they are purchasing an effective product or service. Tree planting, for example, can be beneficial if the species are appropriate for the site; monoculture plantings requiring irrigation and pesticides just create other environmental problems. Trees can burn down, die from drought or be logged, so such projects also need to have guarantees that someone will replace them. Projects that eliminate emissions, such as wind farms, low-emission vehicles and fuel-efficiency technologies, are more complex to run but may be more cost-effective.

Another problem is the lack of regulation. We have established regulatory regimes that control all kinds of markets from the food we eat to the stocks we invest in. Not so with carbon markets. There’s a confusing array of standards by offset companies and organizations are measuring emission reductions and systems to monitor the reductions. Buyers need to make sure that company has credible standards and uses a qualified auditor to check the results.

A GROWING LITERATURE FULL OF EXAMPLES

In addition to the many studies being presented here at the eighth TREENET Symposium, cities in North America and Europe are taking advantage of the software program, Stratum, developed by researchers at the University of California at Davis and the United States Forest Service.

Stratum is available online, and addresses all the main factors: a tree’s impact on local property values, its contribution to cleaning the air by absorbing carbon dioxide, and how much its shade helps reduce energy consumption.

For instance, in a recent article (April 2007) in the New York Times, David Randall, writes about New York City’s first effort to value the city’s tress, finding that the result is a very large number. Randall explains the following steps taken by the City.

The first phased involved a tree census, a two-year process that sent more than 1,000 volunteers to count every tree on every street in the city. The census results were then fed into the Stratum software program that calculated a dollar value for each of the 592,130 trees counted, a figure that does not include the roughly 4.5 million trees in parks and on private land.’

The study found that New York City’s street trees provide an annual net benefit of about $122 million.  The study concludes that New York receives $5.60 in benefits for every dollar spent on trees. The study also showed that trees in lower-density areas, typically in Queens and on Staten Island, are generally more valuable than those in Manhattan and high-density areas of Brooklyn and the Bronx because they provide the greatest environmental benefits.

Other examples of variations among trees include those with large leaves, like London plane trees or maple trees, are more valuable because they provide more shade and consume more carbon dioxide.

A quick goggle search reveals similar studies in many US states from California to Wisconsin. Other studies are looking at larger regions too. At least one study examines the impact of street trees on pavement, concluding savings of up to 58% over a 30 year period due to the shade effects reducing the need for resurfacing (McPherson and Muchnick, 2005).

The literature I read suggests that the older, larger trees can provide up to 60 times greater benefits than smaller, younger trees. The much greatest pollution reduction benefits come from these larger trees. Again, not necessarily the carbon sequestration benefits, but the pollution reduction, the storm water control, the cooling effects through transpiration, the housing values and the street pavement stabilization are where the gains are greatest for the community.

This is such key issue for making cost benefit decisions, especially since greater investments are needed early in the planning and planting process to achieve tree lives of more than 40 years. If the greatest values of these trees occur when they are more than 50 years, while the largest proportion of the costs are in the first few years, then the cost benefit analysis discounts these future benefits greatly.  We need to prepare careful economics studies to advocate for making the investments necessary for much longer lived trees.

A second point for Adelaide is the importance of focusing on trees to provide shade in car parks. Plenty of studies now report solid evidence of the value of shading in parking lots. We need to study the benefits and costs of incentives for 30% to 60% shade in all the city’s car parks, including all shopping districts. Perhaps local ordinances are required. The value of shaded car parks can provide substantial reductions in carbon emissions as well as other pollutants from just a few degrees difference in the car engine’s temperature and the need for air conditioning by the occupants.

Finally, as more and more land is opened for housing development, careful planning is required. For those of us who drive down or up the south coast to Aldinga or to Victor Harbor on the weekends (not to mention those who live there), the lack of trees in the new developments is appalling. In such beautiful landscapes, how can planners ignore the city and residential values of trees. At present, it appears that there are laws against planting trees or vegetation of any kind. If developed properly, it is easy to imagine how these areas could have the same tourism and commercial potential of the world’s great wine regions. Instead, our current local, state and national governments are turning these lands into sad, low value, characterless residential blocks.

Australia’s urban forests and its street trees need to be better recognised as an integral part of national and urban economies. Trees and forests contribute to urban development in many ways, including as natural capital, as production inputs and as environmental goods. As we noted in the 2002 paper, developing effective planning strategies and policies involves an array of difficult choices. Some choices result in inefficient resource use because many essential benefits and services of street trees, such as aesthetic values, watershed protection, conservation, biological diversity and climate regulation are not priced. Markets with corresponding prices just do not exist for many important street tree services and benefits. The result is that street tree decisions are often biased because information is lacking. TREENETS enduring legacy is providing this information. 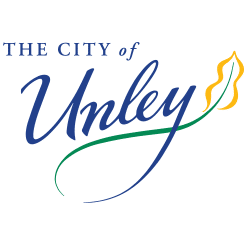