In recent years Councils have been installing permeable paved surfaces for their carparks, however the initial capital cost and installation time is often considered a negative and perhaps a detractor from larger uptake around the State. Adelaide Hills Council have recently completed a permeable paved surface on a low volume side road and carpark in Druid Ave that when considering the whole of life costs were a better economic option, and were able to be constructed through the worst of winter, when road construction would not otherwise be possible, particularly in the Adelaide Hills where the window for construction is very narrow (November to March).

Druid Ave Stirling is a major collector in the heart of the Stirling village that is also home to the Stirling markets that are held monthly. The street is characterised by a number of historic oak trees along its length. The road is sealed in bitumen for its full width, including a side road and then solid paved footpath each side allowing almost no stormwater infiltration to the underlying soil.

The 2012 the Council had a condition audit undertaken on the Oaks and identified that a number were at the end of their life, and many others were in serious decline. A strategy was developed for their replacement, corrective pruning, and installation of an irrigation system throughout the street. The cost to install irrigation to the southern side to service the side road and two rows of Oaks was quoted at $20,000 alone.

In 2013 engineering identified that the side road of Druid Ave was requiring a reconstruction due to failed seal and pavement and a number of drainage issues causing inundation in even minor rain events and requiring stall holders to seek alternate locations during market days.

It was estimated the reconstruction of the roadway would cost:

In discussions with the arborist some of the problems with the proposed reconstruction in relation to the health of the Oak trees (and what would be any adjacent street trees of garden beds for any Council roads that are reconstructed):

Given the high rainfall ins Stirling (around 1,500mm a year) the window for construction of roads is extremely limited from around November to March during summer, and in the case of Druid Ave would occur over the markets busiest time at Christmas and summer holidays.

Council’s engineering team had seen recent success in installing permeable paving on a low volume road in Birdwood during winter (due to the minimal compaction required) and were keen to use this approach for Druid Ave. Although the side road had a reasonable volume of traffic it was generally at low speed (under 25kmh) and with no hard braking or accelerating (however lots of tunring for parking however this is negated by the use of interlocking pavers).

The use of permeable pavers were considered to provide a number of benefits over a conventional road reconstruction:

The permeable paving option was priced at the following:

By constructing the permeable pavement no irrigation of drainage was required and the project could be constructed for a total cost of $161,550.

By considering the cost of the two projects (ignoring the benefits of the permeable paving to the trees and constructability) the conventional road reconstruction approach would appear to be better value (just), and a safer bet (it’s what we’ve always done, right?).

However the requirement of Council’s to implement Asset Management Plans in recent years has helped to give them a better understanding of the whole of life costs of projects based on the useful lives of the materials used and the ongoing maintenance.

In this instance when delving further, on purely capital reconstruction costs alone the costing started to look a little different over 80 years:

On this basis using the present value costs it could be reasonably expected that the bitumen seal and irrigation would need to be completely reconstructed in 20 years, 40 years and 60 years.

Adding this to the initial upfront capital cost, the project now looks like:

On this basis using the present cost the project now looks like:

Note the estimate for pickup and relay to remove sediments is a general estimate, but given the wide expanse of the paving and with regular maintenance this may not be required.

Note as it is fairly subjective as the Council does not have accurate costings for its maintenance activities and frequency I have not included the maintenance costs of the two in terms of cleaning of pavers, or fixing of potholes and crack sealing of the bitumen surface.

Typically the last years of a bitumen seal will involve frequent patching and pothole repair, and/or bitumen rejuvenation all that comes at a cost, which in this case I have assumed the cost of any paver cleaning would be equivalent.

Suddenly what were two options for the reconstruction that were similar now swing to nearly 20% cheaper over the cost of the 80 years, towards using permeable paving. This doesn’t include the possible disproportionate increase in the cost of bitumen based products over the 80 years either.

Over the last nine years a comparison of the Australian Bureau of Statistics between the indices for road and bridge construction in Australia versus supply and place of asphalt shows that the cost to supply and place asphalt has increased at 1.2 times the rate of rubble.

For example, if both rubble and bitumen had cost $1 back in 2006, they would now cost:

Over time if this trend was to continue the disparity between a paved surface and a bitumen surface will only start to increase further.

The financial costings don’t take into account the benefits to the surrounding trees and the improved functionality of the side road for the markets that now even in heavier rainfall doesn’t hold any water on the surface and keeps the stalls dry.

Permeable paving provides an alternative to a conventional road reconstruction that can provide a significant benefit to the surrounding trees in terms of increased aeration and water to roots, as well as benefits to amenity in terms of less water on the road surface, reduced heat island effects and lower whole of life costs. 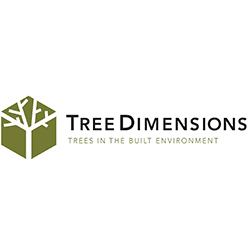 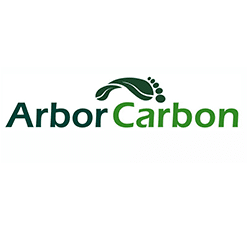