It is with intense sadness that TREENET farewells a respected industry champion and consummate professional, Lee Anderson.

A man of principle, ideas, wisdom, positive encouragement and unconditional support, bundled with a likeable larrikinism – Lee will be sorely missed by family, friends and colleagues within the TREENET fraternity. TREENET has been lucky enough to have captured a video segment from the 2014 Symposium’s field activity in the grounds of the University of Adelaide’s Waite Arboretum.

10 mins into the video, Managing Resident Wildlife During Tree Removal / Maintenance, led by fauNature’s James Smith, Lee continues to feature as a star of the ‘boys in the bucket’ segment, demonstrating the steps for a successful result.

Lee’s long-serving commitment to the value of tree habitat and tree hollows and his practical prowess in support of preserving veteran trees and dead, standing trees, was captured in an earlier video by the City of Playford.  Check it out!

Lee’s role as a member of TREENET’s Advisory Board is testament to the value of his relationship with TREENET and the footprint he leaves behind.

Sincere condolences are extended to his family. 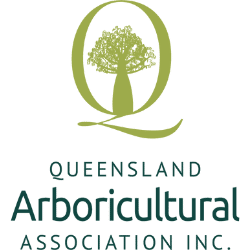